People emerged from Afrika and have slowly, generation after generation, populated first Near East, then Europe, Black sea area, and continued their movement to the East. Something has forced them first to cross endless steppe of the central asia, and then to populate modern India and China. Maybe they wanted to reach the place where the sun sleeps. Or some very rational, economic reasons have forced them to go East.

Finally, after crossing what is now called the Taiwan Straight, they have reached the east border of Taiwan. What they saw looked something like this: 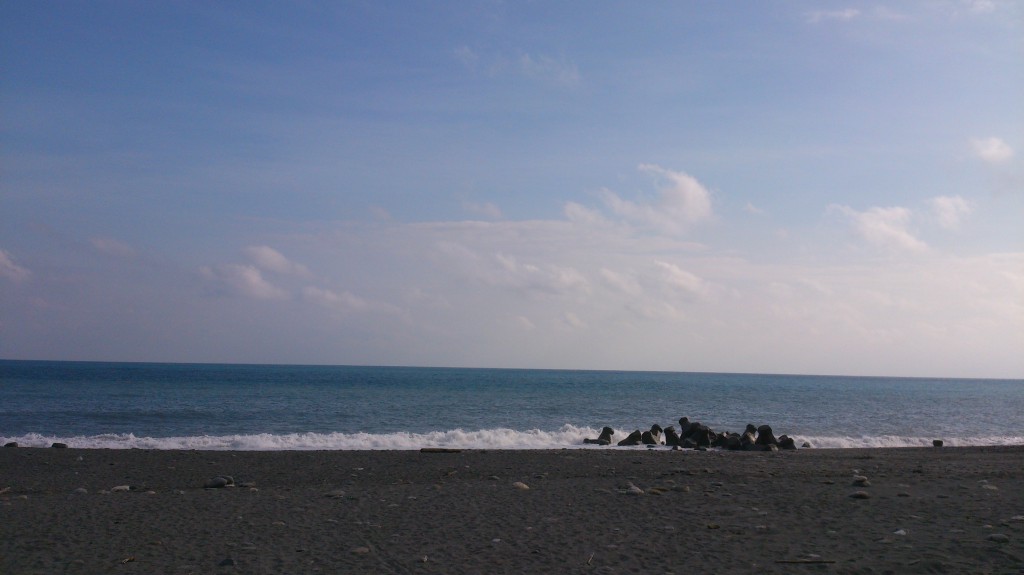 This is, literally, the end of the world. If you go to further to the east, you will see thousands and thousands miles of ocean, and then you hit that invisible line separating today from yesterday.

But, luckily, people didn’t know that, so Taiwan became the launchpad for miriads of expedictions. Taiwan is the last big piece of land that people saw, when they have departured on their small vessels and started their adventure to populate islands of Philippines, Indonesia, Polinesia, Melanesia and Micronesia.

But some people decided to stay on Taiwan. The languages they spoke are now classified to be closest to the proto-austronesian language, the common ancestor of all Astronesian languages. Specifically, if you take the puyuma language, some of the researchers believe it is at least 4000 years old. By its age, it can be compared with the (now dead) indo-european language, the common ancestor of such languages as Old German, Roman, Greek and Slavic.

Puyuma is as old as the Chinese language. But maybe, because the life of the East Taiwan so slow and peaceful, in this warm subtropical climate, it has changed less with the time. And this can be heard.

Every time I hear a puyuma song, I liteally feel the breeze of the ancient times. The times when they have already invented some consonants, but many words still consisted largely only from vowels. So the consonants don’t prevent the poetry to be sung.

And this is how puyuma sounds. Maybe, this lullaby is the last what mothers sung to their sons and daughters, at the evening before they boarded their ships, to leave their birthplace island and their family – forever: